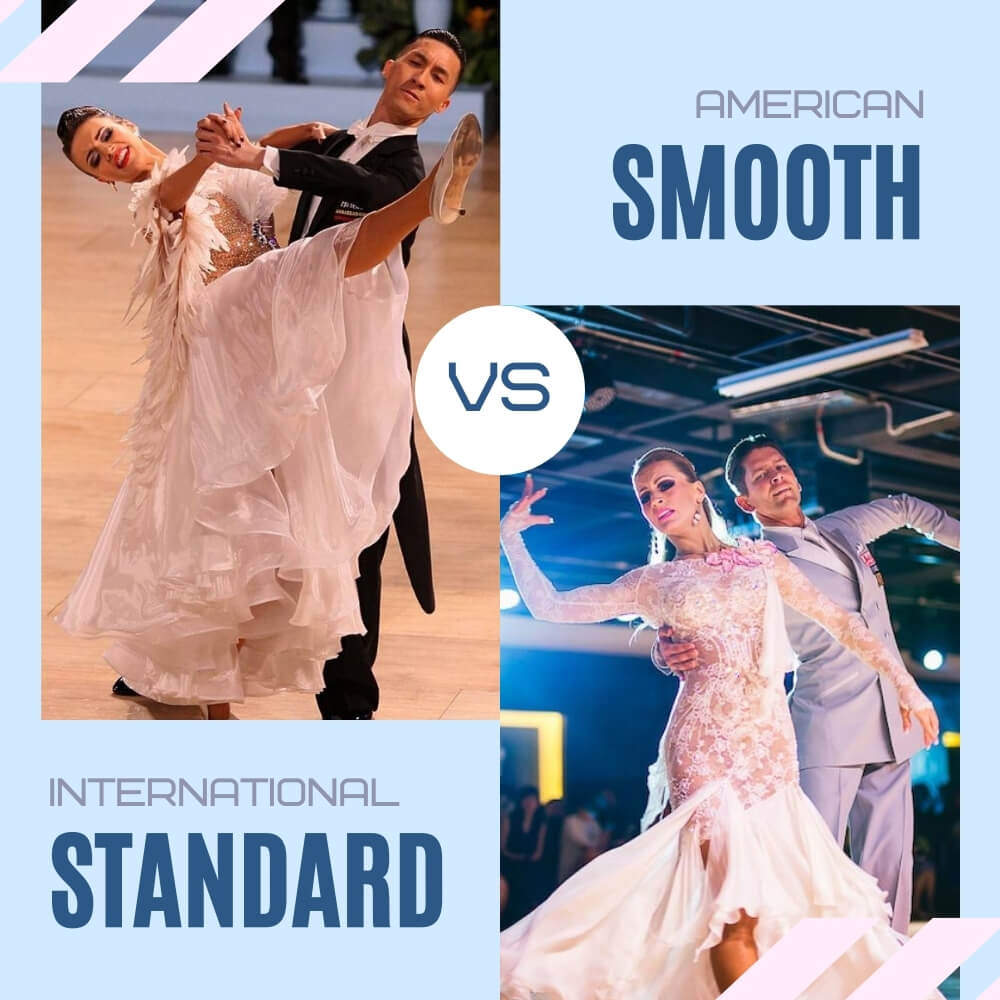 Published in
Ballroom Dance
on
April 10, 2020
Some call it the battle of the styles, but why? Battles are linear- they require an outcome. Art is not, and it doesn't look for a "solution." Art is complex, intriguing, and simply beautiful. What can you do with it?

Some call it the battle of the styles, but why? Battles are linear; they require an outcome, an end goal.

Art is not linear, and it doesn't look for a "solution." Art is complex, intriguing, and simply beautiful. What can you do with it? The possibilities are limitless. And, because of that- we ended up having two styles of Waltz and Tango, Foxtrot and Viennese Waltz. Which one is better?

Favoriting one style over the other does not make it better or superior. Both forms of ballroom dance are fascinating, intricate, and breathtaking with their own unique "brush strokes." Can you compare Van Gogh to Monet? It is not very easy, but most likely, you have a preference.

Your inner art connoisseur will draw one of them closer to your heart and keep it there. More love will grow towards that style, and before you know it, you will become an ambassador and a follower.

At the end of this article, I will include a small infographic to help you remember some of the key differences between the International Standard and American Smooth.

What is International Standard?

International Standard or sometimes called Ballroom, was the first of the two styles to emerge. To describe it simply, you and your partner move together as one- the Lead dances forward, the follow dances back, and the heads are turned away from each other.

This style started as a social dance form through which men and women made acquaintances. In those early times, touching and close proximity of the bodies was frowned upon in public. Therefore, the partners were dancing facing each other but from a distance.

Later on, those social constraints fell, bringing the two bodies and faces of the partners closer together. The gentlemen were trying to steal a kiss from the lady, which made them uncomfortable, and they started turning their heads to the left to avoid the intimacy.

Up until this point, the partners were dancing straight in front of each other. This, however, was about to change when army generals started attending those dance balls. Swords carried on the gentleman's left hip made it uncomfortable for the lady to stay straight in front of the Lead. As a result, the ladies started shifting to the left to avoid the sword while dancing. The Closed position was now established and used as the primary position and distinctive feature for International Standard. Other positions can be achieved from the Closed, but the bodies will never fully separate.

What is American Smooth?

This style of Ballroom Dance is much younger than its father- the International Standard. I say father because no matter how different Smooth looks, in its core, it uses all the mechanical principles of Standard.

Most importantly, the development of American Smooth has been influenced by OTHER styles and forms of dance such as Latin- American, Ballet, Modern, Cabaret, Jazz, Contemporary. One example of ballet influence in the Smooth is the frequent use of the Arabesque or Attitude lines to create beautiful pictures. To produce such a variety of movements, one needs more space, which is why dancing in Open positions is a distinctive characteristic trait of American Smooth.

It is a complex and rather beautiful fusion of styles, which makes the American Smooth so unique and vibrant.

Volume, shapes of the body, emotions, and characteristic movements used are some of the terminologies that can assist us in describing movement patterns such as dance.

In the American Smooth, the actions can be much louder, more visible, bigger, while in Standard, all the actions need to be very precise because of the proximity; therefore, some body actions can remain unnoticed for the audience. There is no less work involved in one style versus the other- they are just very different.

In the videos below, you can compare the two styles very easily.

So far, we have covered the fundamental differences between the two styles, and how the American Smooth evolved from the International Standard. The origins of the two branches of ballroom dance dictate how some of the other elements will change within the style to make it distinctive.

One of the significant differences is that in Smooth, we dance four dances versus five in the International Standard. There are also some variations in the music we use, the costumes, positions, proximities between the partners, and body lines.

I thought it would be a good idea to describe them in an infographic, so you can have a more visual way of pinpointing the intricate changes that occur from style to style.

I hope you found this comparison between the styles interesting, and if you did, drop a comment below and let me know if you prefer one style more than the other, and why?