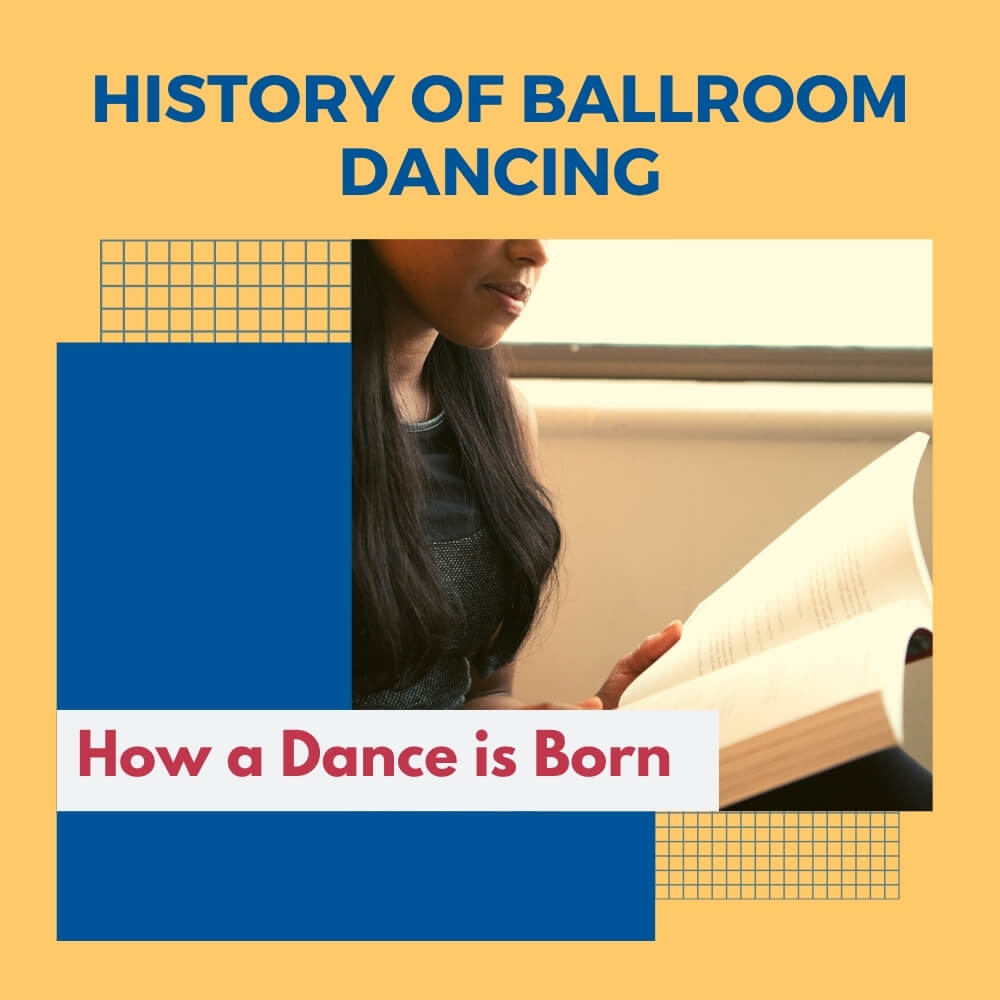 History of Ballroom Dancing- How a Dance is Born?

Published in
Coaching
on
July 17, 2020
Ballroom dancing is not an activity that is cut off from the world. It is a living thing influenced by events and sensitive to what is going on all around us.

How a Dance is Born?

Ballroom dancing is not an activity that is cut off from the world. It is a living thing influenced by events and sensitive to what is going on all around us. Fashion, war, an upsurge of interest in a particular foreign country, pop music, increased opportunities for travel, social upheavals, and the popularity of film, television, and music have had repercussions on the dancing scene.

A dance, like any other living thing, must either develop or disappear. It cannot remain unchanged. The moment a popular dance becomes so standardized that it can develop no further, its days are numbered. It will go on the shelf with the Minuet, the Gavotte, the Polka, and many other one-time favorites.

The Dances of the 16th Century

What then must be the characteristics of a new dance before it can hope to become the hit of the moment? The first is an easily recognizable and ear-catching rhythm that must be absolutely new to the Ballroom, for a new dance is born of a new rhythm. We can trace no example of any rhythm ever returning to take on a second lease of life. 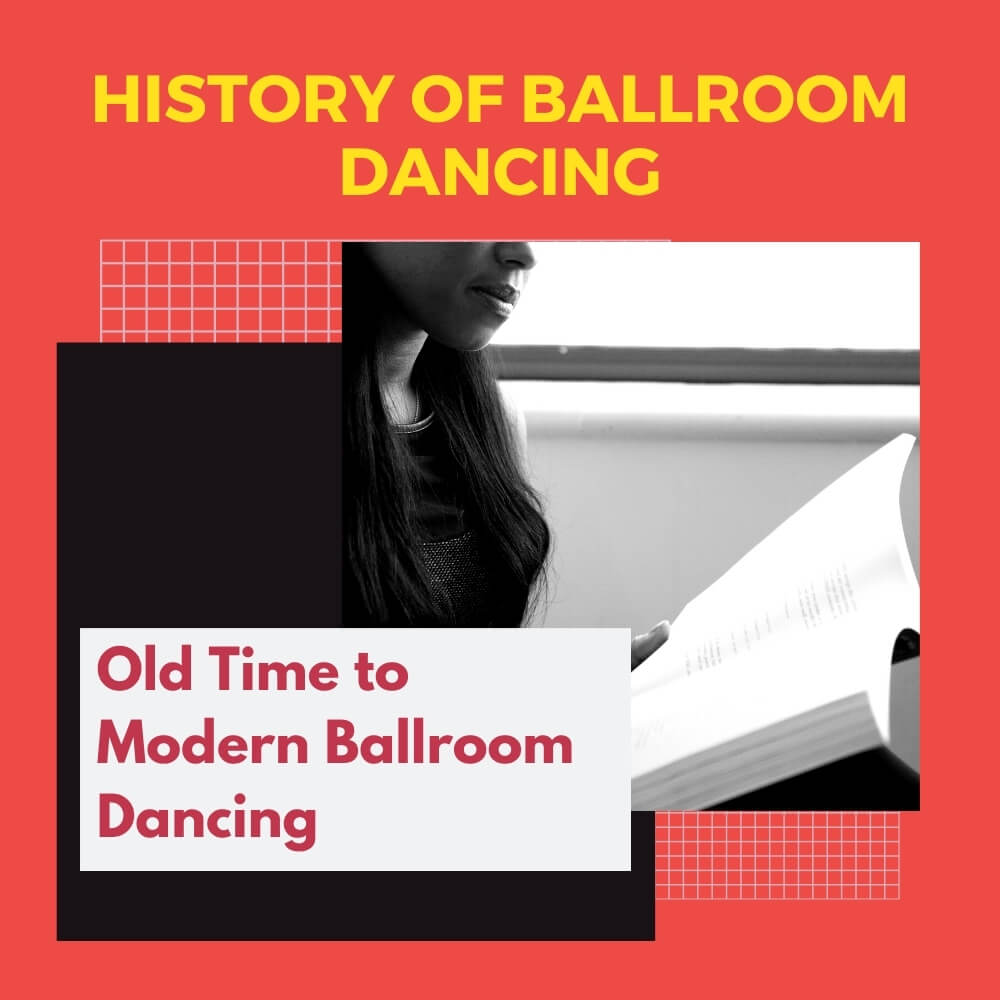 The old dances such as the Minuet, Gavotte, and Polka, the Waltz, Tango, and Foxtrot were all rhythms new to the Ballroom when they were introduced. They were also all in a familiar time signature- 2/4, 3/4, 4/4. It is doubtful to discover a rhythm in an unusual time signature making any lasting appeal to the masses.

Another characteristic of a successful new dance is that it is a rhythm to which the steps of no existing dance can be satisfactorily fitted without subtle changes, which alerts the whole nature of the steps. For instance, there was difficulty in popularizing the Rumba until bands began to play it with the true feeling of Latin America and not as a dance very much like a Foxtrot.

And now, let's consider the most essential point of all: where does the rhythm come from, making the new dance?

As far as it can be traced in every case, it comes from a folk dance.

The world has not always been as connected as it is now. Before North America's influence had made itself felt, Europe looked to the people of its own countries for these basic rhythms. Over the centuries, every kind of rhythm was tried out, some being discarded, and others became popular dances that we still know and cherish today.

The Minuet, most stately of all Court dances, originally came from the peasants of Poitou, a province in West-central France, the Gavotte from the Provence people, the Waltz from the Ländler or folk songs of southern Germany and the Polka from Bohemia. When Europe's possibilities had been exhausted, the white population of North America turned to the rhythms at their own doors, and from the colored people of the States came the Foxtrot- a rhythm which really had its origin in Africa.

Since then, the dances of Latin- America have gained tremendous popularity in the Ballroom: the Tango from the gauchos of the Argentine, the Rumba, the Cha- Cha, the Samba. From its home in Spain, the dazzling representation of the matador battle, the Paso Doble has made its way into our dance school.

Strange as it may seem, the actual steps of a new dance are not particularly important. In the past, the steps associated with a new dance in the early days of its ballroom career rarely proved a permanent part of the dance. Quite often, they were complicated and sometimes positively eccentric. Even when taken from the original folk dance, they needed a good deal of adaptation to become acceptable in their day's smart ballrooms.

The original steps of the Minuet, the Gavotte, the Waltz, the Polka, the Tango and the Foxtrot differed considerably from those used when the dances were at the height of their popularity. However, although the first steps are not of prime importance, they must be in keeping with the spirit of their times. No one would expect the mincing steps of the Minuet to last five minutes in the Ballroom today.

As soon as a new dance appears, its steps are tried by hundreds of dancers and teachers. In the light of their impressions, modifications will probably be made: movements changed or omitted, or new ones included, much as it happened in the days of the Minuet.

How a new dance spreads socially is interesting. In its country of origin, from being a folk dance of the people, generally used to celebrate and event or perform a ritual, a simple, fascinating rhythm moves on to be taken up, in a modified form, by the dance professionals and further developed. In other countries, the very opposite happens. The dance is picked up on its own ground by holidaymakers and travelers and taken back to catch on in their home countries.

For the last four or five hundred years, dance has been developed to take different shapes and forms and undergo different standardization levels. Many of the ballroom dances we know and love dearly today have gone through dramatic levels of transformation to take shape in which we know them today.