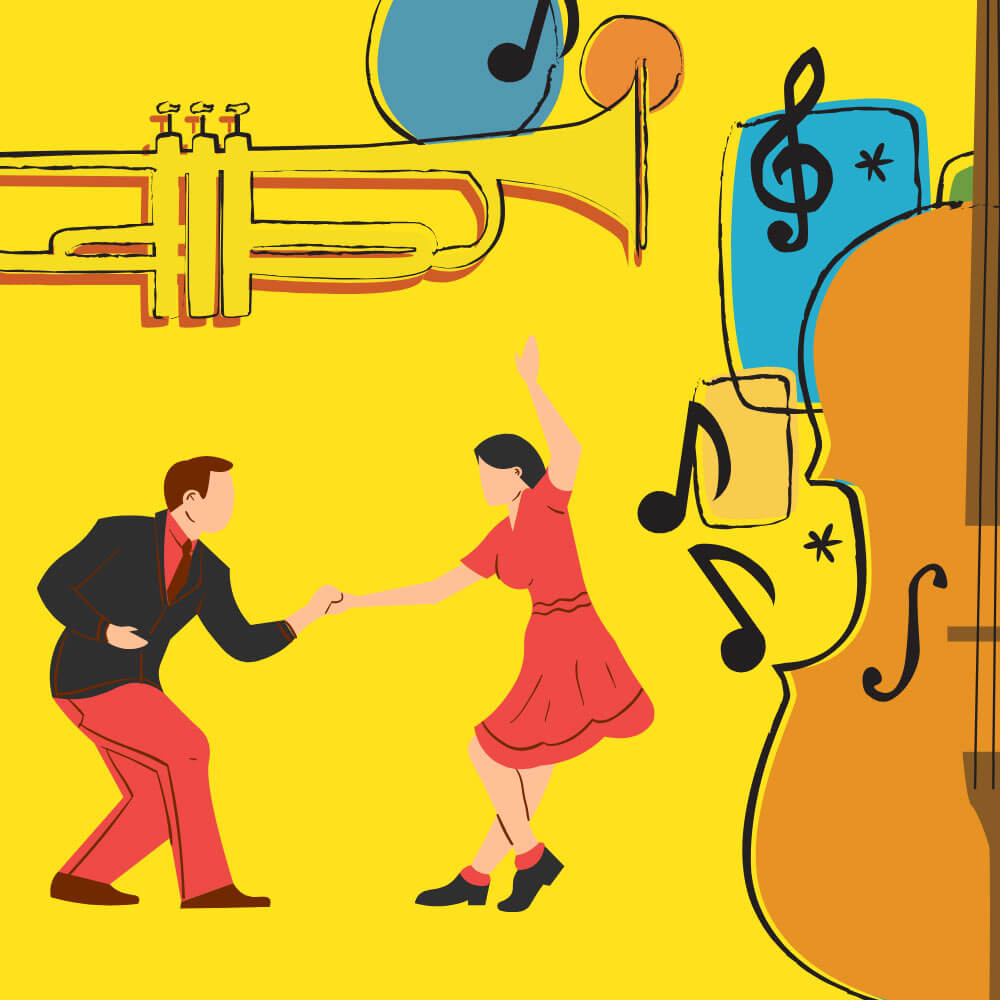 Published in
Ballroom Dance
on
May 12, 2020
Rhythm is everywhere around us. Whether we are dancing or witnessing dancing, we love to see the physical movement as a representation of the rhythmical patterns that the musicians create.

Hello! If you have just landed here, you should consider checking out Part I of Understanding Ballroom Dance Music Terminology to get a fuller picture of what we are talking about.

Moving into the dance side of things in this article, we will hopefully clarify some terms that I find sometimes confusing for people.

Rhythm is everywhere around us. Our blood circulates rhythmically as a result of our heart beating. Whether we are dancing or witnessing dancing, we love to see the physical movement as a representation of the rhythmical patterns that the musicians create. There are two main layers of the music- the rhythm and the melody.

The best way to describe rhythm for me is to visualize a picture that is ready for coloring. It is the basic structure of the music on which we can build upon. The percussive and bass instruments are generally employed in creating it. It dictates the beats, the tempo, the length of the sounds and the syncopations. But it is just that- a wireframe.

The melody, on the other hand, is the abstract/ creative part in the music- the colors that you put in your painting. They create a finished product. It is mainly produced by string and woodwind instruments.

For the dancer, the rhythm is of utmost technical importance. When we look at someone, and we say “ He is not dancing on time,” it means that his steps are not in sync with the beats of the music. Being musical broadly relates to the individual's ability to interpret both layers of music with his/her own body beyond the “stepping in time” requirement. Understanding music, however, is difficult and does not come quite naturally to everyone.

In my experience, the first step to becoming more musical and learning to interpret the music is to understand the difference between hearing and listening to the music. We hear sounds everywhere around us, but do we focus on listening, understanding them, judge their speed, sound qualities, dynamic characteristics? Can you recall how the mocking jay sounds? I can’t. 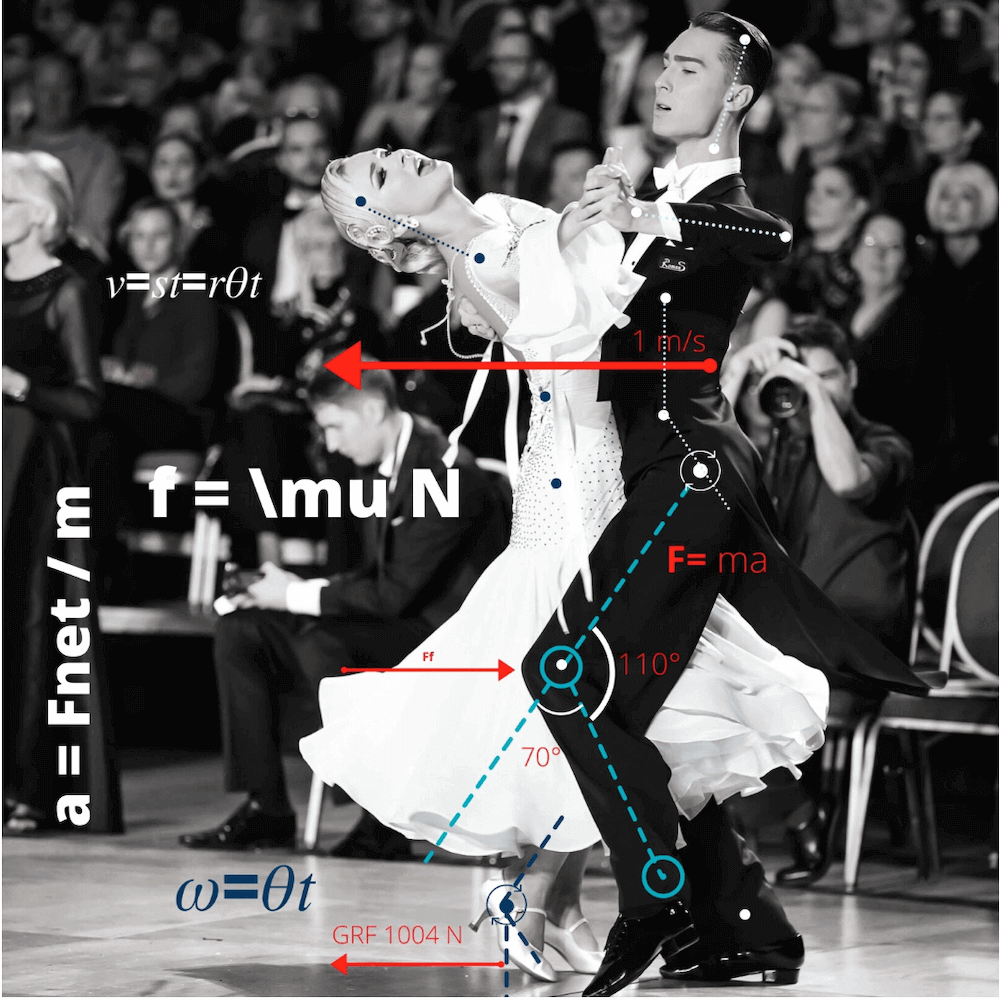 Ballroom Dance
·
May 12, 2020
Biomechanics in Dance Part I
by
Atanas G. Malamov

In the previous article Part 1, we discovered what time signature is. As you see from the chart, there are a lot of dances with the same time signature, which means that in their bar structure, they should have the same amount of beats. For example- Cha- Cha, Rumba, Jive, Tango, Foxtrot, Quickstep, and more, share the same time signature 4/4, but they are all different dances! What is the magic ingredient that makes the music unique and made us create different dances? The short answer to this is the Tempo and the Characteristic Rhythm. Let's keep digging into the ingredients that make ballroom music special.

As we mentioned earlier, the rhythm is of most importance to the dancer. There is a plethora of rhythms in a musical piece and sometimes can be quite overwhelming when listening, especially to a very rich Latin-American Cha-cha or Rumba. To make it simple and most applicable to ballroom dancing, we will be looking at the three most prominent rhythms that influence our dancing- basic, characteristic and the rhythm created by the musical structures or phrases.

BASIC RHYTHM- this is the rhythm that is easiest to recognize. It appears from the regular repetition of accented beats in the musical structure, bar after bar. Let's take Waltz music, for example. The time signature is 3/4, which tells us that there are three beats in a bar. The first beat in a bar is always accented. When multiple bars of Waltz music is played, we can still recognize the first beat because it is the strongest sounding- 1 2 3, 1 2 3, 1 2 3, 123.

CHARACTERISTIC RHYTHM is complementary to the basic rhythm. It represents the regular repetition of semi-accented or non accented beats. This additional rhythm and the tempo of the music help us differentiate Quickstep from Rumba, for example.

Example- In Rumba again, we can recognize the repetitive appearance of the characteristic rhythm with an accent on the 4th beats and the sounding of 8 1/8 notes instead of 4 1/4 notes in each bar- 1 and 2 and 3 and 4 and

The Rhythm of the Phrases- When it comes to music, I think about it more as a language than math. In order to understand music and relate our dancing to it in a meaningful and aesthetic way, we need to know how a logical structure in music occurs.

Quite often in ballroom dancing, a 32 bar chorus is used. The first phase is comprised of 8 bars; the second phrase is also 8 bars, similar to the first, then the third phrase of 8 bars forms a different sound pattern. The final 8 bar phrase is similar to the first one but the last 2 bars of it are building up to the conclusion of the chorus and lead to the beginning of the next phrase.

Understanding the phrasing is very important in dances like the Samba and especially Paso Doble- the only dance in which we fully choreograph our routine to match the phrasing of the Espana Cani’s Spanish Gipsy dance music. It can also be used to enhance the effect of the performance by matching pieces of choreography to the phrases in the music.

This type of rhythm is one that we use most often to understand how to dance a particular segment in our routine; this is our instruction for movement in time.

For example, the chasse in Cha- Cha has a particular rhythm- QQS, meaning that the first two steps are quicker than the last step. Or if we take the whole basic action, for instance:

The rhythm of the Basic movement in Cha-Cha:SSQQS, which tells us that the first two steps should be taken slower than the following two and the same as the last one.

Note: The timing can be provided with numbers (counts) instead of slows and quicks. Knowing that Slow is one beat in Cha-Cha, and we start dancing the Basic action on the second beat of the bar, we can count the basic as 2,3,4 and 1.

Tip: Another helpful way for counting routines is to count the routines with the bar numbers. It can be done like this:

Where the first beat of the bar is named after the bar number.

This is another time measurement tool that we use in dancing, and it is perhaps the most accurate, instructional, and descriptive. As we mentioned in the previous paragraph, we use Slows and Quicks to show the rhythmical feeling of a step. However, this is far away from perfect, since my interpretation of slow and yours can be totally different.

So, the first step of the chasse takes only half a beat, meaning that it takes half the time of a 1/4 note ( as we learned earlier, the time signature of Cha- Cha is 4/4, which tells us that we have four 1/4 beat notes in a bar). We can go further and investigate how much time it takes to play a 1/4 note. The Tempo of Cha- Cha is 30 bars per minute, so for 1 minute, we will have 120 notes played, which means that each one of those 1/4 notes will sound for 0.5 seconds. Therefore the first and second step of the chasse should be completed in 0.25 of a second. Pretty fast and accurate.

Why is timing and understanding of it so important?

We all understand timing very well in its everyday life application. If you have a pet grooming appointment at 1 pm, and you leave your home at 1 pm, obviously you will miss the appointment. Instead we should give ourselves ample time to commute to the pet salon. Very often in dancing, we forget that straightforward principle.

For example, If we need to step with the RF forward on count 2, we need to start moving the RF from its previous position towards the end of count 1 ( end of the preceding beat) in order to step on time on count 2.

This process is very well described in the book Musical Notations for Dance Teachers for the Feather Step.

I hope this was helpful and somewhat fun to identify some of the things that are happening while the music is playing. For us dancers, it is crucial to identify areas for improvement in the musical department and try to come as close as possible to being an extension of the musician. Remember, dance is a movement to music; if we take music out of the equation, we are left only with movement.

Stay safe and listen to some good dance music!