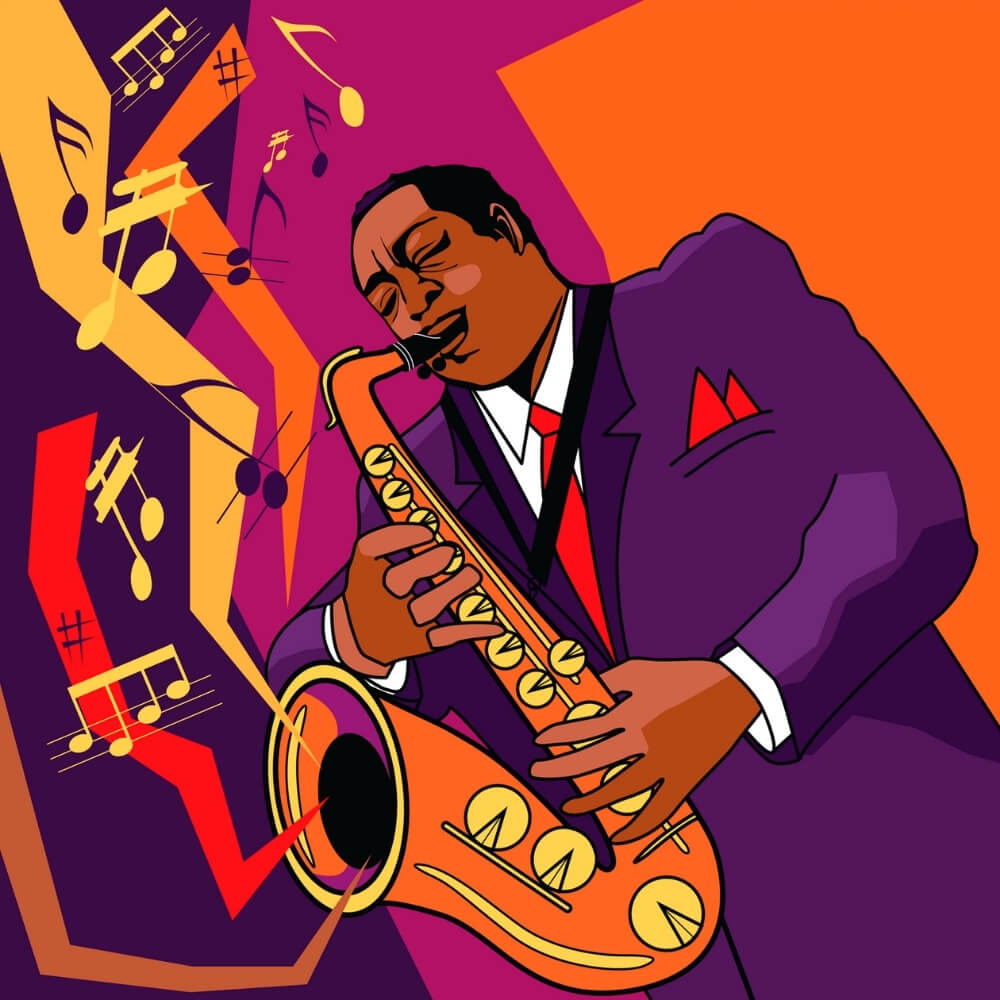 What Did the People of Color Gave to Ballroom Dancing?

Published in
History of Ballroom Dance
on
June 1, 2020
“With our music, we Cubans have exported more dreams and pleasure than with our tobacco, more sweetness and energy than with all our sugar”- Fernando Ortiz

In light of the recent events around the country, the unjust killing of George Floyd and the protests for #Blacklivesmatter made me think. It made me want to educate myself, to understand and appreciate better my white privilege and place in a world of suffering for many who live in fear for their lives day in and out.

For a long time, the term people of color has been a taboo in the world I grew up in, but why? Why did we create something that we don’t want to talk about? Perhaps what we did to the people of color is not proper? Why did we stop mentioning their achievements and look into what they gave us?

I believe that all of us can do better recognizing and respecting how people of color have impacted our lives for the better and brought us to enjoy them to the fullest. Let’s at least reduce the ignorance and do our research in the field that we are proficient at. For me, it is Ballroom Dancing. In this article, we will go back to the roots of Ballroom Dancing and appreciate how people of color have empowered us to build the industry and form of art that we all love so much today.

My first stop in the research is a natural one for most of us- The Latin- American Technique book by Walter Laird. Here are some quotes that shed light on the topic and are worth remembering.

“Without doubt the most fascinating rhythms in the world come from the Latin-American countries and the vast majority of these rhythms have their roots in Africa.

Many colorful and exotic dances have been developed to interpret the exciting and compelling music which is based on these rhythms. In the Western World five of these dances have been standardized for teaching to the general public, amateur medal tests, professional examinations and competitions, namely the RUMBA, SAMBA, PASO DOBLE, CHA CHA CHA and JIVE. ”
‍
— WALTER LAIRD 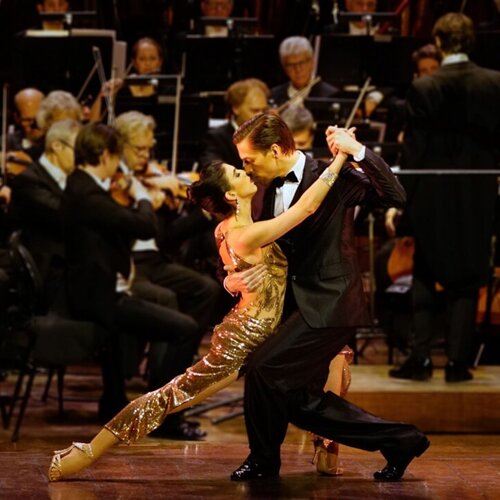 History of Ballroom Dance
·
June 1, 2020
How Does Music Influence the Way We Dance?
by
Atanas G. Malamov

“With our music, we Cubans have exported more dreams and pleasure than with our tobacco, more sweetness and energy than with all our sugar.”

The Rumba, from Cuba- the music and dance we know as Cuban Rumba stems from the Guajira (pronounced Wharhearer). This dance was very popular with the country people in the mid-1800's but from which a more sophisticated version grew during the early 1930s.

The word Rumba is of Spanish origin and refers to a festive event or a high time. The African Bantu phoneme "mba" is found within Rumba, Samba, Tumba, Macumba, and its meaning relates to music and dancing.

Authentic Cuban Rumba Evolved in 1850 in places where African slaves gathered to communicate their feelings and struggles. The songs they sang often included political commentary, reflections on life conditions, or expressions of personal success and failures in love relationships.

Without a doubt, the Cuban Son also had a significant influence on the Rumba and the Cha- Cha as we know them today. It is one of the most popular and valuable music and movement expressions from Cuba.

In Son, African rhythmical behavior is performed on European musical instruments like a guitar and tres in the company of percussive instruments, tow tumbadoras, bongos, marimbula, maracas, and clave.

Learn More about Ballroom Dance Music in this article. 👈

The Cha-Cha, from Cuba- based on a rhythm introduced into the Danzon by Enrico Jorrin, a very popular Cuban singer, composer, and band-leader during the 1950s/1960s.

From Brazil -said to be based on the Maxixe, Baion, and Choro. The Brazilian version of the Maxixe was demonstrated and popularized in the USA by Irene and Vernon Castle, circa 1914. Julie Laird introduced the classic Brazilian rhythm of Batucada.

The JIVE, from the USA - developed from Lindy, Lindy Hop, Jitterbug, Twelve-Bar Blues and Boogie, all based on Afro-American music; East Coast Swing and West Coast Swing, based on American Swing music; and Rock 'n Roll using USA's heavy downbeat music of the 1950s.

“Music with a strong accent on the last beat of the bar has generated relatively static dances with a minimum of progression in which individual parts of the body are used to interpret the rhythm - such as the dances from Cuba and Brazil. With the exception of the Paso Doble, the music used for the Latin-American dances is based on subtle, exotic rhythms produced by percussion instruments and has its roots in Africa.”
‍
— WALTER LAIRD

History of Jazz Music and Its Importance in Ballroom Dance

In the 1600s, Spain, England, France, Portugal, and Holland were competing with each other to control the slave trade. Millions of Africans were captured and transported away from their family to the Caribbean Islands, and Spanish colonies in Central and South America and later to British North America. Upon arrival, they were sold and then forced to often work in atrocious conditions and treated merely as possessions, frequently beaten, and often dying from overwork.

In 1750 there was a large number of African slaves in British North America 240 000 people, almost 20% of the population. There was also a small population of free black Americans. Many of them lived in Maryland, working on cotton, sugar, and tobacco plantation. By the end of the 1790s, European slave ships each year were bringing as high a number as 50000 enslaved Africans.

In the city of New Orleans, which was found in 1718 and controlled by the French not by the British, mixed-race people called Creoles lived along white people and slaves. They were the children of the French white slave masters and enslaved African women. They were often educated in the finest schools, trained as musicians, and allowed to live in white societies. Many of the French slave masters would free their slaves, especially Creole children. Unfortunately, after the Spanish took New Orleans in 1764, the Creole children lost all their status and forced to look for work. Many became traveling musicians, and soon those musicians and their descendants laid some of the roots of Jazz music.

In the plantations, the workers sang spirituals, work songs, and blues, which the traveling musicians performed in their concerts. In the 1900s, ragtime music and New Orleans jazz developed from the fusion of the blues, spirituals, and various European music. These magical qualities kept at the hard of millions of Americans- black and white.

After the abolishment of slavery, many of the now free slaves were forced to move north to look for work and to get away from the harsh racism there. They moved to northern industrial cities like Chicago and New York. As they traveled north, they brought with them the new jazz music. Some of the stars of that time are trumpet player Julie Armstrong from New Orleans and Bix Beiderbecke.

In the 1920s, African- American music became very popular. One of the most famous performers was blues singer Bessie Smith. She was the first blues singer to be recorded, and the record sold both to black and white Americans. During this time, alcohol was made illegal in America, but secret clubs called speakeasies were originally set up in the black area of New York known as Harlem. In these speakeasies, both black and white people drank, danced, and listened to bands playing jazz. The most famous of these band leaders were Cab Calloway and Duke Ellington.

The 1930s, known as the swing era, is one of most influence and interest to us as ballroom dancers. Most of white America loved jazz music played on the radio. One example of a loved artist from that time would be Benny Goodman, a clarinet player. He was a prominent figure not only for his contributions to music but also for his insistence on using both black and white musicians in his band. At the time, this was virtually unheard of. Most bands consisted of exclusively either black or white musicians.

Jazz music of this ear became very popular in Britain during World War II due to the presence of American soldiers and armed forces. In addition to the music they brought with them dances like the lindy hop and the British people fell in love with the dance music of the Glenn Miller band.

In the 1940s and 50s, many of the Jazz musicians had become well known and would travel around the world. Jazz evolved into a rather more complicated form of improvised music, generally known as bebop. Since then, Jazz music has gone many transformations, and many musicians contributed to that. This then led to links with other forms of music like Latin- American, Rock, Indian and African.

People of color have given us the most vital ingredient for any dance form to exist- THE MUSIC. They were generous in providing the rhythmic pulses that we all feel captivated by and compelled to move to daily.

In the light of recent events in the country I wanted to tell all of you that we are all imperfect, we all have things that we can improve. Ignorance is the key prerequisite for many of the World’s sufferings today. Recognition and love is the way to go forward for all of us. Please stay informed, look for answers, educate yourself. We are all in this World together, and every single day, when the alarm clock goes off, we are given a chance to be better, help one another and enrich someone’s life.

Coaching
·
September 17, 2020
How Does Music Influence the Way We Dance?
Written by
Atanas G. Malamov 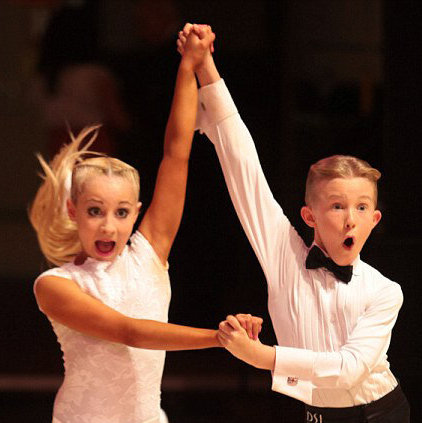